If I’d written this last week, I’d have been pretty happy and pretty knackered.

Back to back weeks of 62 and 50 miles meant that I felt on track and though my legs were sore, there were no injuries through the first 14 weeks.

The extra mobility and strength exercises I’d been doing with Craig at Freedom and the massages from Jack have really kept me in one piece through some big mileage, long work weeks and studying for the final module of my marketing diploma all at the same time.

I was slightly under my planned mileage due to a work trip and then a bit of snowboarding but nothing terrible. I’d also managed to get some hill training in both although really hoping the SDW weather is closer to Cape Town than Whistler…

So entering the second half of the plan, with its 50k and 50 mile long runs along with back to back 20s was made so much better by lighter evening (hello daylight savings) and coursework hand in (next Wednesday).

Until I fell off my bike. 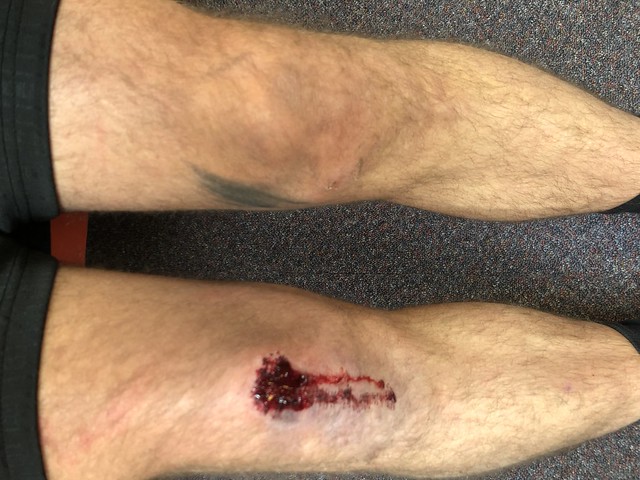 I was on my way along the flat and quiet seafront prom for another session of tiny lunges, squats and movements that somehow seem to hurt more than six-hour runs when I came to a very quick halt and an unexpected meeting with the pavement.

From what I remember, I was trying to change the track on Spotify using the control on my headphones. I was either completely hands-off-handlebars (therefore fully justifying my tumble) or just the one hand before a gust of wind, puffed my bike to the right and as I tried to correct it, my front wheel wobbled before turning 90 degrees and pulling me down to earth with a dull thud and skid.

Anyone who has fallen as many times as I have knows that the first instinct is always to jump straight up, regardless of severity. Mainly just to try and avoid looking more of an idiot in front of everyone. Luckily it was only one old dude ambling passed on his mountain bike.

He asked whether I was alright and I kinda mumbled “yeah ok just banged my knee” before hobbling to the sea wall. And taking a picture of my legs for posterity.

I have plenty more cuts and bruises but don’t want to make this site pornographic so you’ll have to trust me.

I’ve now not run for three days. But I’ve eaten for six and feel like I’m almost self-sabotaging. The line between positive and negative vibes during an extended training schedule is as thin as…well my road tyres it would seem.

400 miles for the year injury free and the highest swim and cycle distances in five years (Jersey triathlon planned for July) and yet I feel undertrained and underprepared.

Time to hit SportPursuit or similar web-based discount shop to buy something ridiculous (maybe knee pads) in the hope that its placebo effect will, quite literally, get me back on the road again. 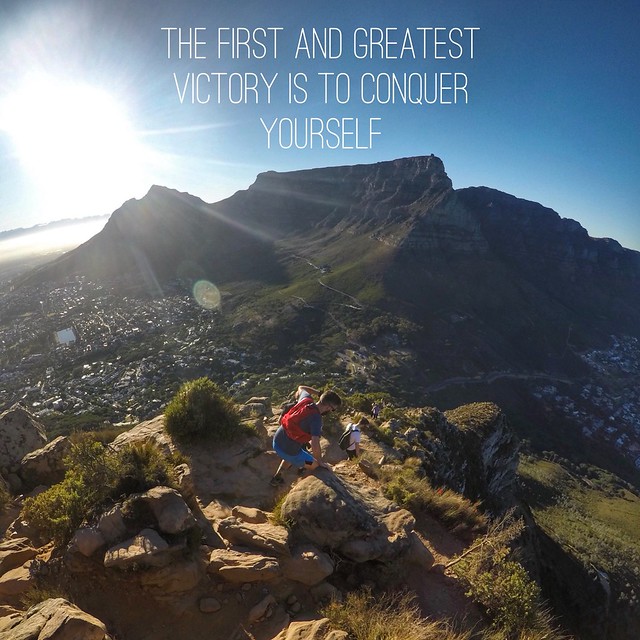