30 strangers, a windswept beach, a cafe yet to open and a guy with dubious facial hair in the middle of it all.

It could’ve been been the plot from an Agatha Christie novel but instead, it was the Jersey Edition of TRIBE’s Million Mile Challenge. Nearly £450 had been raised by the Jersey runners for human trafficking charities in the UK. contributing to a target of £25,000 by the end of January.

The new NUDE FOOD Beach were kind enough to let us use their spangly new cafe as a base, putting on coffees, teas, cakes and bagels. It’s a lovely looking space and we were very lucky to get a sneak peak before the general public was let in. 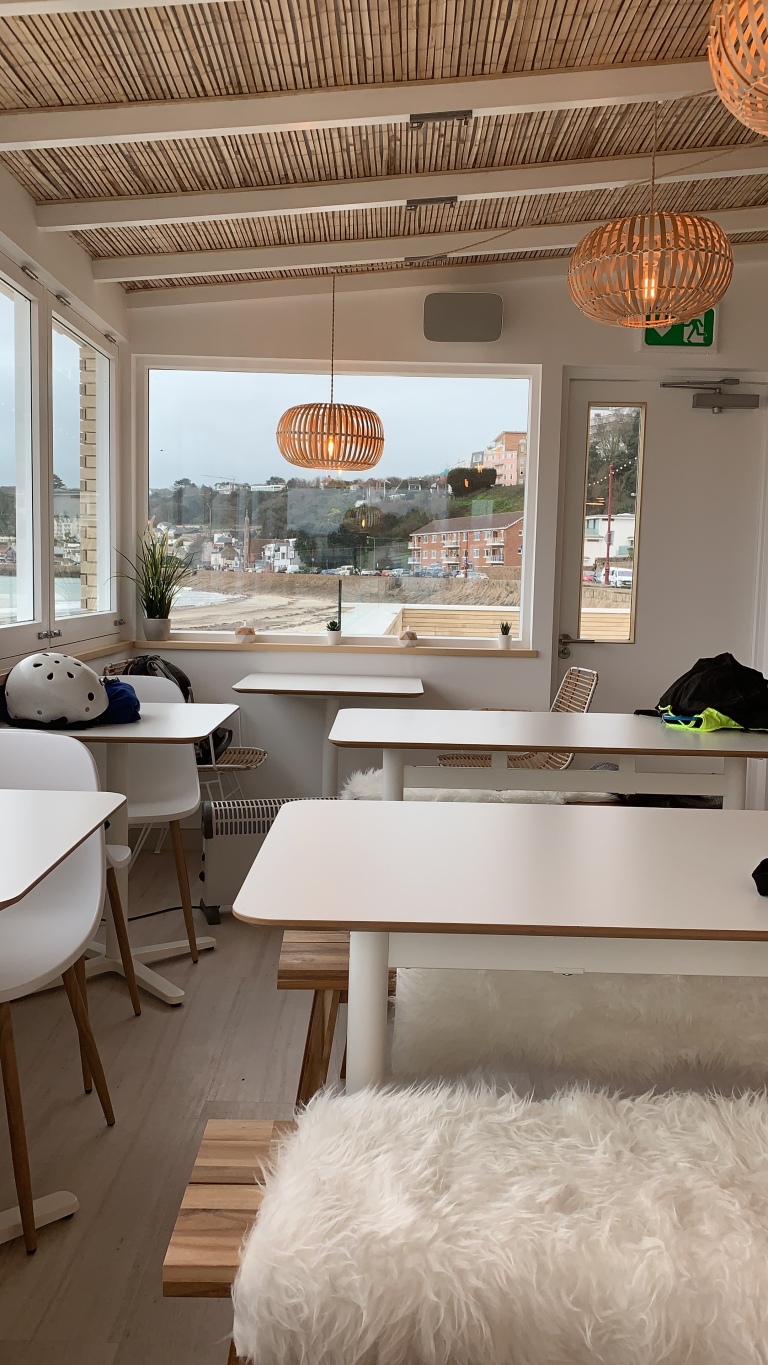 Unsurprisingly, even as organiser, I was late. So I entered the cafe to see a few people sat around waiting to see what was happening. There were quite a few that I didn’t know so I tried to speak to as many as possible while also making sure that I got some of the email addresses that I was missing.

Very quickly, there were five minutes to go until the start time so I did one of my football whistles which made everyone wince but had the desired effect of silencing the crowd. I’d thought all through the week about what I was going to say but when it came to it, all I could manage was a heartfelt thanks to everyone for turning up, to Lucy for letting us in and…let’s go!

Outside, I took the obligatory photo, made sure everyone had their GPS ready and counted down, 3, 2, 1, GO! 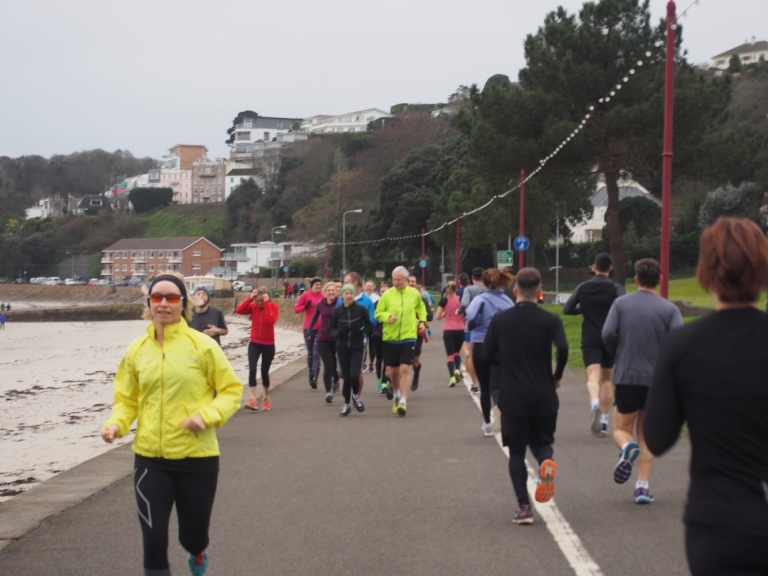 I don’t know if it was just me but it felt like nobody moved. So I quickly turned and took off towards the first turn. Luckily a few people came with me as for a second I felt like I’d gone off alone! The “course” headed East along the path to where Victoria was doing a sterling job as a turnaround cone. From there it was back past NUDE (I’m now wondering whether this blog is going to get an adult rating…), past the Boat House pub and onto the railway walk.

When planning the route, I’d wanted to avoid anything that could be a potential hazard so no road crossings or stuff like that. However, it also had to be hard enough to challenge regular runners while also being simple enough for everyone to get involved. So what we ended with was an out and back up a hill. Sorry!!

The railway walk isn’t steep but it feels endless, winding left and right, until we reached the road (the first road!) and were thankful to turn around. The benefit of going uphill is that you get to go downhill and the soft gradient meant cruising back into St Aubin’s with minimal effort.

Halfway down I realised that I was supposed to have waited at the turn to help everyone else but it was too late by then! Back past the Boat House and onto the front again, I began to get worried that I’d measured the course short but praise be, it was bang on 5k!!

A celebratory avocado bagel and coffee was in order. I chatted with a few of the runners, took some more pictures and headed home. 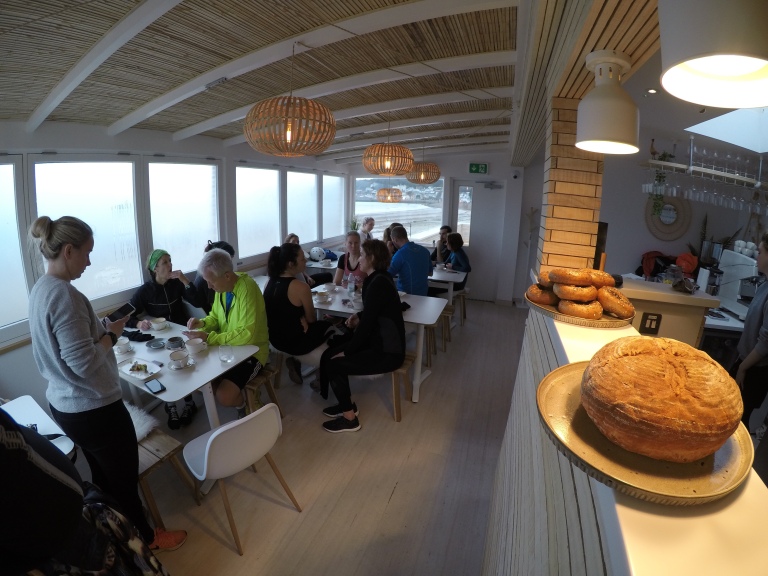 I was knackered. Not from the run but from organising it. I don’t know how run directors do it!! Thank you to everyone that attended and/or donated. Thanks you to Lucy at NUDE, that place is going to be very popular. 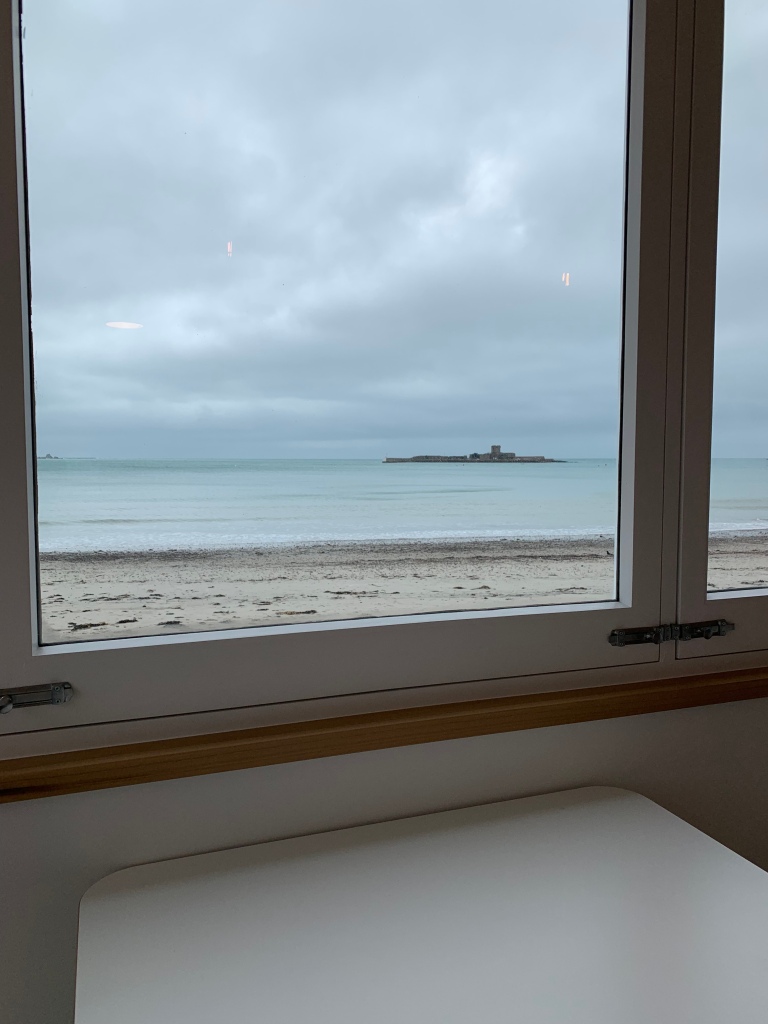