Sat in a pub, pint of Ringwood to my left and football on TV to my right, let’s just say my marathon training has been…relaxed.

It’s just over four weeks until the Valencia Marathon and I’ve not hit more than 50 miles for a week but I don’t really care.

I’m going for a weekend of good food, drink and company with a bit of running on the Sunday morning rather than going away to run a marathon.

The first time I ran a marathon abroad (Stockholm), my girlfriend and I made the mistake of arriving too late and leaving too early, which meant we didn’t really see the city, except for the two laps of the marathon.

Arriving late Friday to minimise the amount of holiday taken, we were too worried about tiring ourselves out on the Saturday to see the sights and were then to knackered on the Sunday to do anything except eat and sleep before flying early on Monday.

I’m not going to make that mistake this time. I’ll enjoy the city first, and get through the run.

This lackadaisical attitude means that my runs training has been mainly lunchtime 5ks, a couple of parkruns dragged around the course by an eager golden retriever and carb loading.

I’m not going to say that it will bring me a PB but it has been one of the more enjoyable training regimes I’ve started on.

Running is important to me, but life is more important and I’m enjoying it at the moment.

It’s a shame then that I’ve now signed up to the Madeira Island Ultra Trail (MIUT) in April. With 100 kilometres and 7125 metres of elevation gain, watching Coco and drinking red wine isn’t going to cut it.

It’s going to be hills for breakfast, lunch and dinner, washed down with a glass or two of speed work and a cheeky bit of strength and conditioning to finish.

But for now, one more pint of the New Forest’s most well known beer export won’t hurt. Cheers. 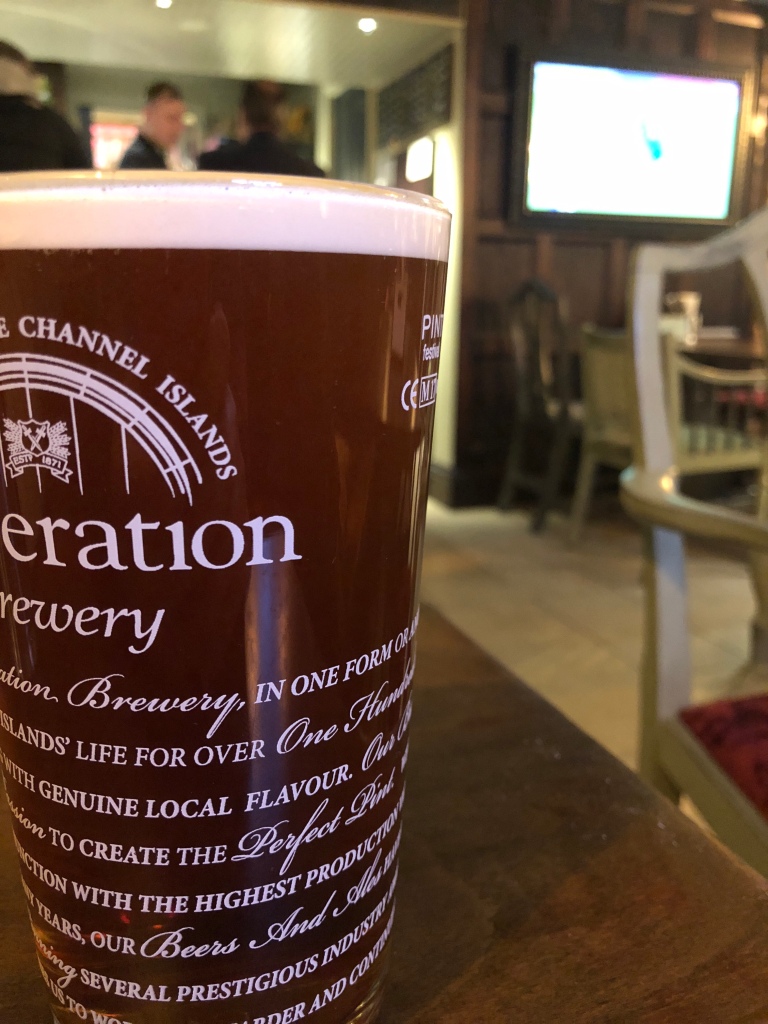 (It’s Ringwood in a Liberation glass)