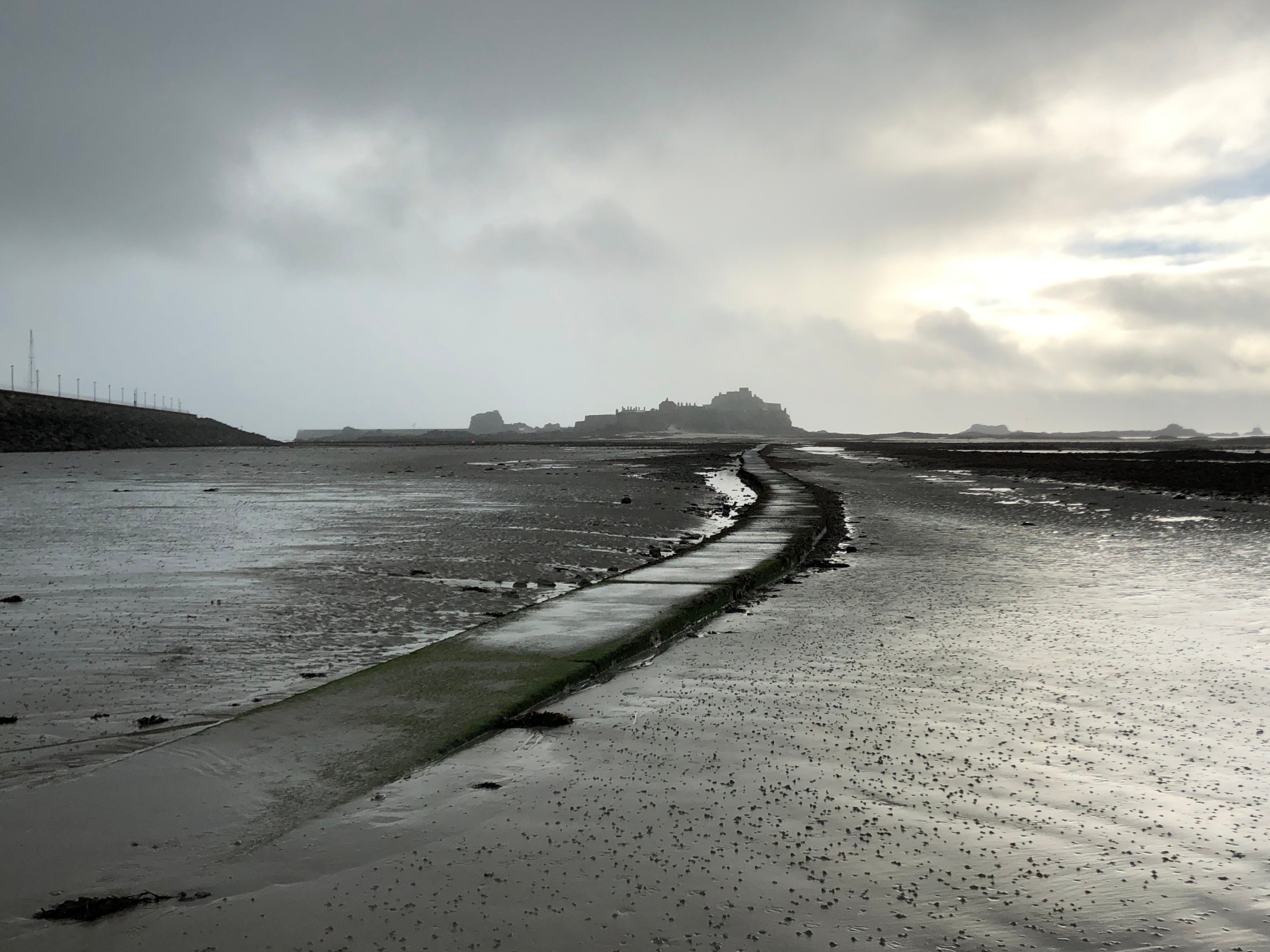 Considering how much I run and how much I go on about running, I’m still surprised that I’ve only run six official marathons. This is what I have learnt from them:

Once I got over the initial shock of running five days a week, I actually found training quite fun despite the January cold and rain. Then I thought I was pro athlete and would smash my four hour target. Then my knees gave up on me.

The generally accepted rule about training mileage is 10% increase per week. I basically doubled mine within a fortnight. The following 14 weeks leading up to the marathon were a slow hell of physio, stretches and pain. The marathon itself was physically and emotionally exhausting. Amazing but it destroyed me. I almost stopped running completely afterwards.

Don’t make my mistake, actually listen to the advice you receive and follow the instructions on the training plan. Your body will thank you for it. 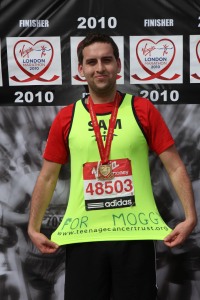 Behind every marathon attempt, there is a small army of supporters who have put up with the mood swings, quirky eating habits and general teenage-esque behaviour of a runner. They are probably the real heroes. Running is the easy part.

When you cross that finish line, remember to thank them and promise not to be such hard work (until you start training again). Also, do not under any circumstances take an additional finisher’s medal for them. One Boston Marathon runner got into a lot of social media trouble about this.

On the day of the actual race, lap up the love from crowd. Get your name on your top. High five EVERYONE! Their energy becomes your energy. Southampton, Chicago and London were the best for atmosphere, while Stockholm needs to up its game! 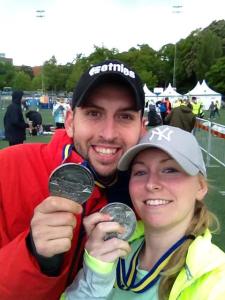 For me, running is fun. Or at least it should be.

Too often it is ruined by setting out with a goal in mind whether it be distance, pace or time. Running is arguably one of things that makes us human so to spend time propelled by your own body outside the concrete confines we have built without worrying about split times or strategies should be a gift.

How about next time you go into a race, forget about your time and just lap up the sheer human endeavour around you and the unconfined goodwill from the crowd. I promise you, at the finish you’ll be much happier than you would have been with your head down keeping to your mile pace and worrying about the elevation on the way. 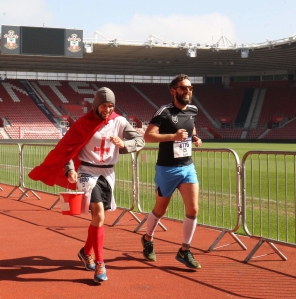 Fuel, or as it was called in the olden days, food, can be your best friend or your worst enemy on race day. Stick to plain, simple foods in the lead up to ensure that every on the day goes to plan.

You can even have a small amount of alcohol to take the edge off your maranoia so long as you remain hydrated. The following are a list of things you should consider in order that you not feel as terrible as me at the finish line of Paris 2016: 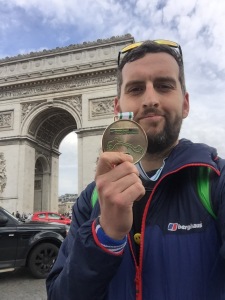 As I said above, try running for the sake of running. But also remember that running can be useful for “self-improvement” (excuse me while I’m sick in my mouth a bit).

At the Frankfurt Marathon last year, I was feeling good up until halfway in. So good in fact that I was getting quicker and quicker with every mile, running mile 13 nearly ten minutes quicker than my target pace.

I’d love to say that it continued like that and I cruised home in a record time but as predictably as a daytime TV soap, the wheels fell off and I was walking at mile 23. I still managed to get a PB but I had destroyed myself rather than sticking to the plan.

At nearly every race I have ever run, I’ve got the pace wrong. I can’t tell you how to get it right but the best advice is probably:

Don’t think you’ve developed superpowers overnight. That’s adrenaline mucking with your head. When you get smash into the wall later on, adrenaline will be there shrugging its shoulders saying “not my fault” as you weep onto the volunteers at the water station. Don’t listen to adrenaline at the beginning of a race, he/she is baaaaad news. 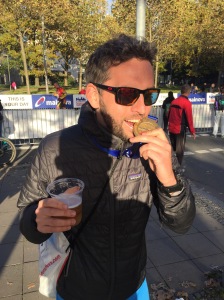 Everyone wants to run flat road races. In trail running, elevation is king but nothing can destroy your spirit more than an everlasting, concrete incline.

Chicago wasn’t actually too bad apart from the horrific rise up to the finish line. Seriously, there should’ve been an escalator there.

For courses which do have hills, the first thing to be prepared. Have a look at the course beforehand so you know what to expect and if necessary (Stockholm and Southampton both have pretty big bridge crossings towards the end), keep something back.

Once you do get to the hill, try and keep a similar cadence going into it and as you climb, taking your momentum in with you. And once you get to the top, use gravity to take you back down again! So many people put the brakes on when going back downhill but I say let your inner child run free and fly down, weaving and overtaking with windmilling arms.

It would take a pretty monumental effort to fall forward so go with the flow and let gravity be your friend! 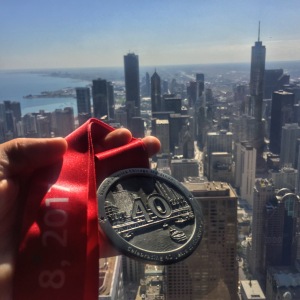 If you’ve enjoyed this post, would you mind voting for me? That would be super awesome! 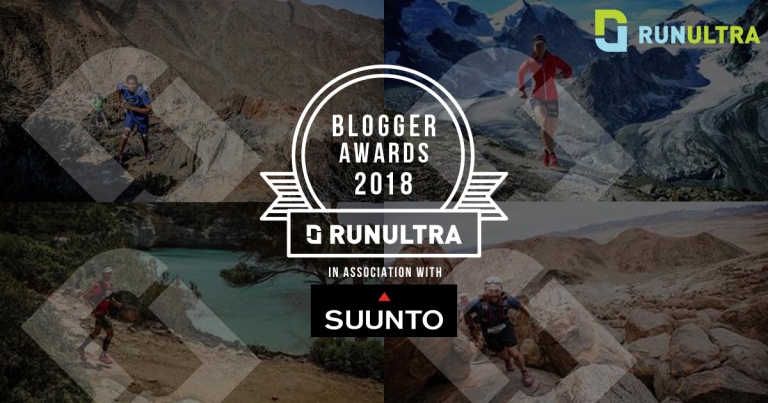