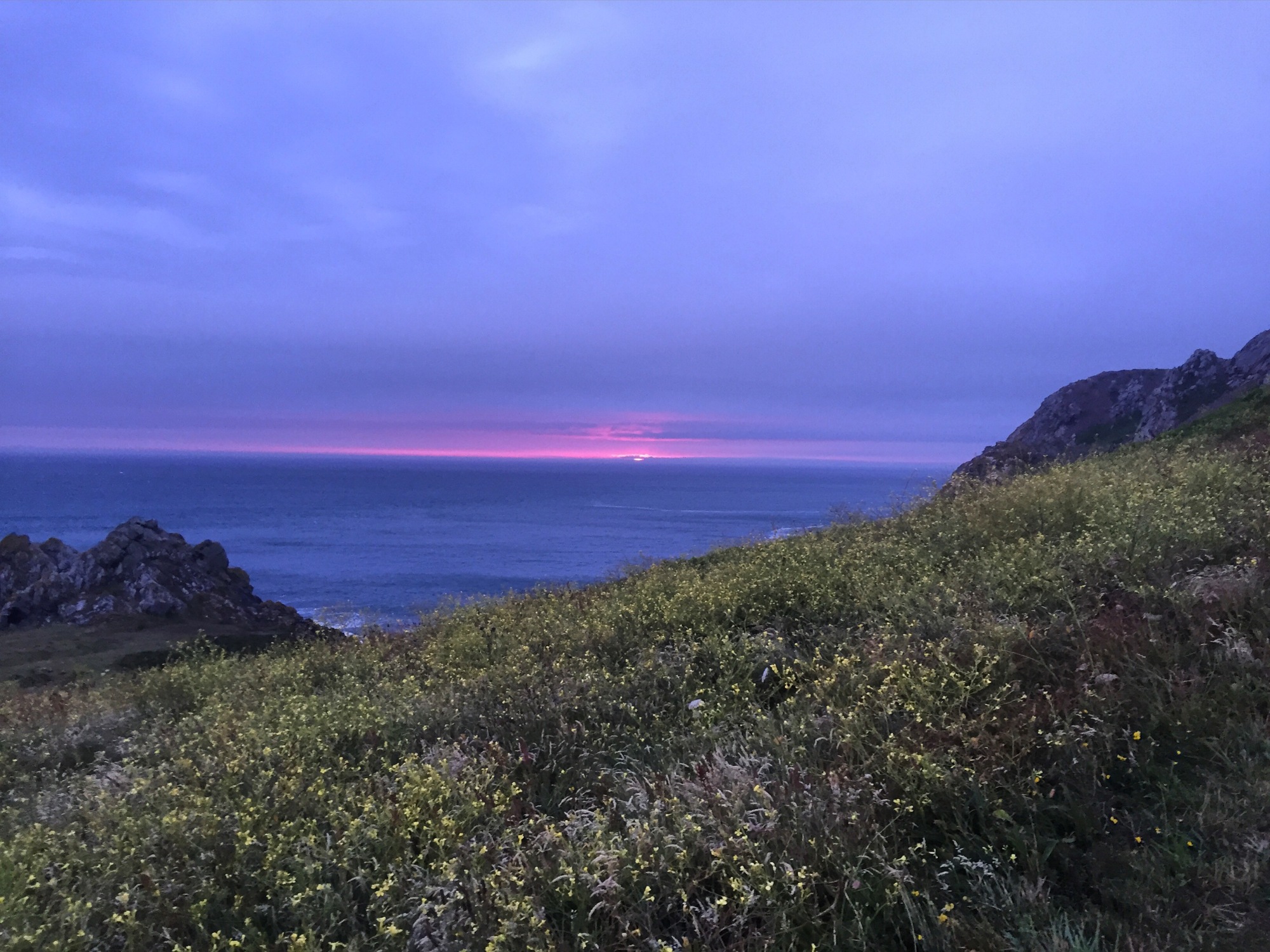 Social media has a habit of throwing up so many sickly success quotes or trite motivational phrases captioning halcyon days and perfect people that it is sometimes hard to get over the terrible life-crushing reality that you are not as good as EVERYONE in the world. Ever.

So to get me through the North Downs Way 100 miler in just over three weeks, I thought I would compile a list of quotes that actually do motivate me or at least at 4am on a hill somewhere in Kent, I hope they will: 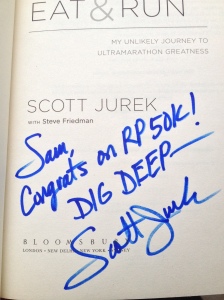 It’s Scott Jurek’s fault that I’m doing this bloody run in the first place so he might as well be up first on the list. Or actually it is was Christopher Macdougall who wrote about Scott, Caballo Blanco, Jenn Shelton and the Tarahumara in Born to Run.

As I’m sure I bang on about, I met Scott the day before my first ever ultra and he was kind enough to sign my book and my Great Ormond Street vest with a simple message: “Dig deep”.

You might not know it from my sedentary office job and middle England lifestyle but this is one of the phrases that I try to live my life by.

While Steve and the rest of his Aerosmith chums may have been shooting up and partying with hookers in the Viper Lounge, I decided to write a macro the likes of which my office had never seen before. It probably improved daily efficiency by around 12%. I KNOW!!

But seriously, I would end up doing only the school work that I liked and making it the very best that I could. Just ludicrously good. Ultimately my teacher’s failed me for not producing the other 98% of the project but they did agree it was the best technical drawing of a prototype Mars rocket and lander that they had seen.

And now rather than just being content with the odd half or a marathon, I’ve decided to run a distance so far beyond the realms of my previous Hurley incarnation that it would be like a dog going to space or something like that!

So I guess if I ever met Steve, I’d hope that we would share a silent moment together thinking about how crazy and excessive we were. And how beautiful his Liv Tyler. Actually I hope he’s not thinking that. That would be odd. Although in a platonic way that would be fine and he is her dad. We cool Steve?

Eloquence, it would appear, is not Steve Way’s forté. Running fast and far after a being an overweight, chain-smoker is.

The message is simple yet carries everything you need. It doesn’t ask for 1st place or world records, there are no demands for excellence, just don’t be terrible.

Ultramarathons are 90% mental, the rest is in your head – Anon

Anonymous quotes really annoy me. Surely it is just someone making something up and then attributing it to “Anonymous” rather than say John Smith from Leicester?

It basically means that whoever said it originally is not famous enough to be remember. Which in itself isn’t a problem as I am sure “normal” people have far more deep and philosophical musings than famous people, it’s just they don’t have a book to put them in.

Imagine if Samuel Pepys worked as a coach driver rather than being an MP, would anyone have wanted to read his diaries? Most of which were probably quite dull until the fire.

Still, good quote. And I’ve gone on for as long as I can remember to as many people as will listen about how all running is mental so I should probably do as I say AND as I do.

Annoying having to listen to your own advice.

100 miles is not that far – Speedgoat Karl

Even if I hate the phrase “most winningest”, Karl “Speedgoat” Meltzer is a legend of the sport. He has the most 100 mile victories to his name as well as being a contributor to my training podcast of choice, TalkUltra.

A few years ago I would have said he was one of those elites who doesn’t understand what it’s like to be a normal runner.

But last year I ran 62 miles so that doesn’t feel too far. I hope that on the first Sunday of August,  I will join Karl in thinking that running 100 is no big deal (inserts ROFL emoji here…).

Run when you can, walk if you have to, crawl if you must; just never give up – Dean Karnazes

Of all the quotes here, this seems like it is going to be the most appropriate.

It is also said by a man who has a genetic mutation so that his muscles do not produce lactic acid so I’m not sure how much value it has. It’s like being told it’s just a scratch by Wolverine. 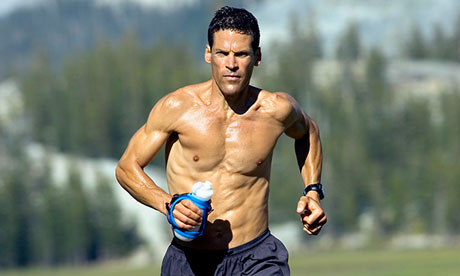 Still, when I crawl over the finish line of the Julie Rose Stadium in Ashford, it will be on the shoulder’s of ultrarunning giants and Dean is certainly one of those.

As every journey begins with a single step, it also continues with just one step more.

And if you can do that one step then you can make another. And so on and so forth.

I think the point is that if you break anything down into small enough chunks, it seems manageable.

So while 100 miles or nearly four consecutive marathons sound horrific, 16 10ks doesn’t sound quite so bad. Or 32 parkruns. I’m nearly up to 28 in real life and I’ve never felt too bad after a parkrun, so of course I can do just more.

Just so long as there is still coffee and cake at the end.

One thought on “7 quotes to get you through an Ultra”