I have been going to parkrun for just over a year now, running 22 times in four different locations.

So I’m slightly ashamed to say that I have not volunteered once.

A combination of being disorganised, wanting to beat my personal best (PB) and being slightly nervous of getting the timings wrong meant that it was only this week that I turned up for an event wearing jeans and a jacket rather than shorts and trainers.

Some things never change and I was fifteen minutes late arriving to Les Quennevais sports centre after getting stuck behind 100 cyclists going up a hill. 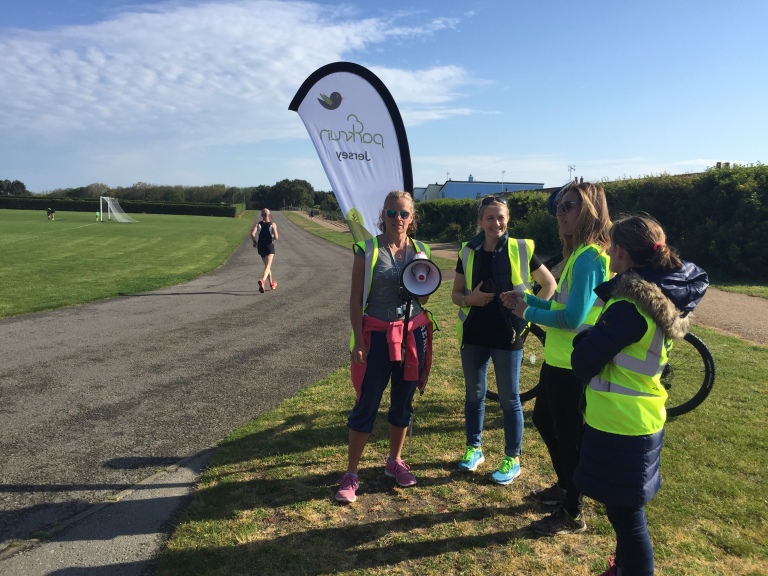 Heading over to the gang in hi-viz vests, I was actually slightly nervous. I really needn’t have been.

Straightaway, everybody was friendly and although I did not catch all their names, each welcomed me like I’d been many times before.

After Race Director Sam (yes it got confusing) explained what marshalling entailed (trying to keep the peace) and where I would be posted (on the railway walk next to the final turn), we all headed over to the start line.

It was strange being on the other side of the line, looking at the runners with hands on watches ready for the off.


After seeing them sprint away from us, we walked back to the start line to cheer the runners through their first lap.

I was amazed at how quickly those at the front made it round the first loop and past us, then amazed by the following 200 runners rushing through with smiles, grimaces, dogs and children.

Then it was time for me to head to my post with my fellow marshal.

We had been warned that there is sometimes conflict between runners and other users of the path and we were to try our best to prevent this or diffuse any situations that did come about.

In reality, I asked some people to watch out and received no ill will in return.

A couple asked more about the event and one person commented on how large Jersey parkrun had become.

My main duties then became shouting and clapping and whooping and hollering at those passing me.

For about half an hour I cheered on every runner that went past me on the way to the final hairpin and back to the finish line.

It was like watching a mini-marathon, seeing the effort that everyone was putting in and trying as hard as I could to help them.

I can’t actually claim any credit but I got a massive sense of enjoyment from applauding every single runner round and also witnessing some epic sprint finishes when it appeared there was no energy left.

I wasn’t aware that volunteering could be so much fun but it also had me itching to get out and run again.

2 thoughts on “parkrun: a volunteer’s tale”