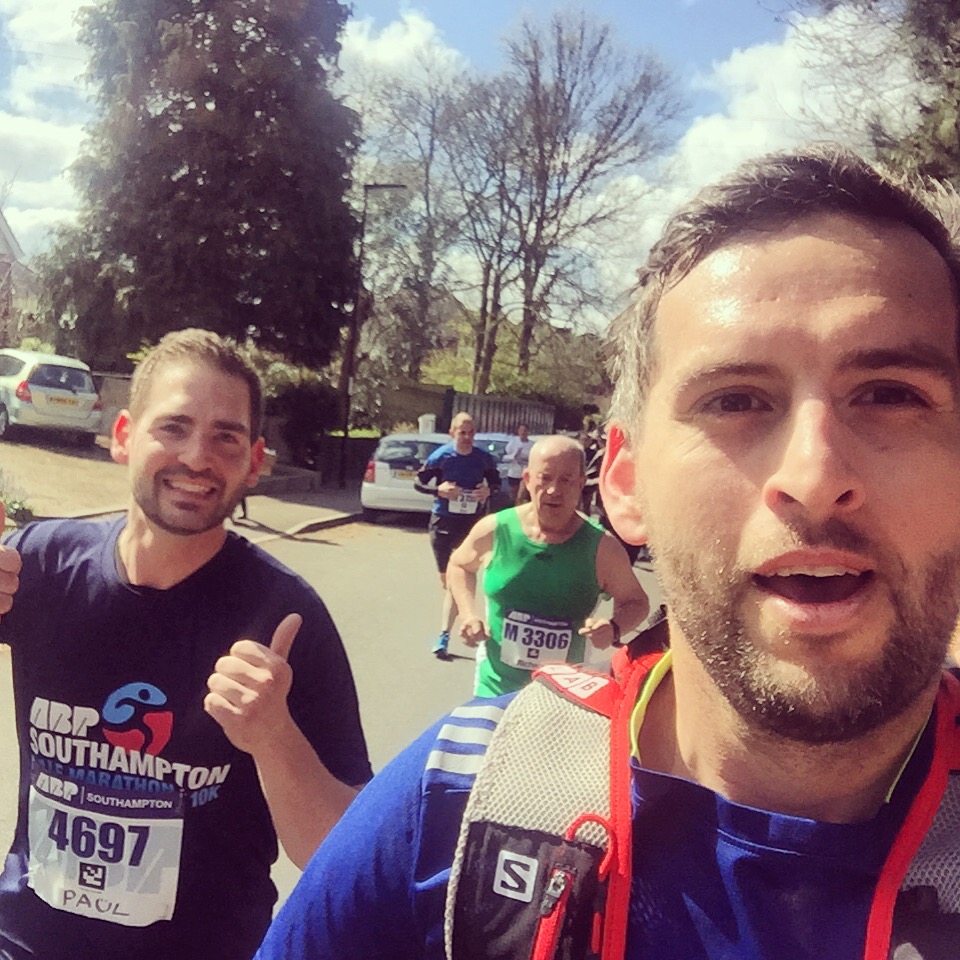 The ABP Southampton Half Marathon and 10k returned for its difficult second outing and blew away any doubters with an event even better than last year’s debut.

An updated route, relocated baggage drop and a meeting area outside the shiny new Cultural Quarter led to air of anticipation for over 4000 starters in the Half.

As I walked up through East Park, the music was already beating out but the clouds were looking ominous and light rain began to fall. 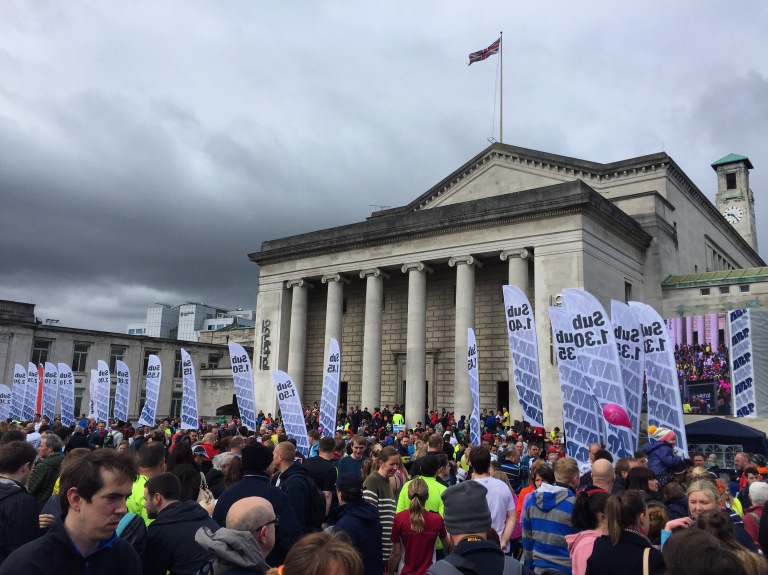 But before it had a chance to dampen the spirits, it was gone again and the sun came out to dry the roads and standing masses.

With half an hour to find my friends, deposit my bag, visit the gents and get to the start line, I was pushing it slightly but needn’t have worried.

The bag drop was the quickest and most efficient that I have ever come across in a race and I’ve been to a few.

My friends were hovering between the giant inflatable beer and big screen so they were pretty easy to find and then it was off to the loo and into the line.

I don’t think I have ever been to an event where there were enough toilets and again this was the case.

The queues were big enough to put me off plus my mum’s house was at mile five so I thought I could at least hold it until then.

There were less than 10 minutes until the start and we tried to find a way into start pen but couldn’t see a way in so just hopped over the fence at a point we felt was about right pacewise. 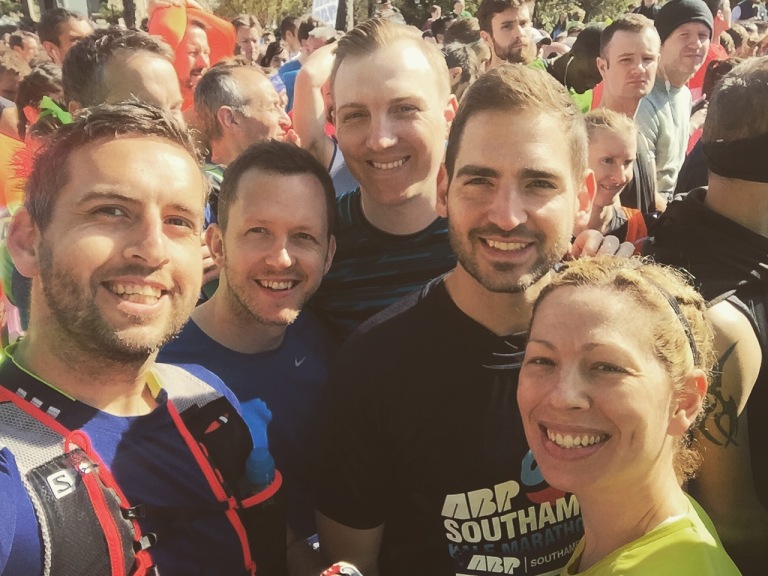 I say hopped, we creakily clambered over in an awkward mess of limbs, narrowly failing to take out a number of worried-looking runners around us.

Southampton’s own Mike Osman was on the start line to send us on our merry way, past the Bargate (which was unfortunately undergoing repair) and off towards Ocean Village.

Last year this turned into a bottleneck with runners slowing to a walk to get through.

The organisers had obviously listened to the feedback and this year there were no such problems, just a quick trot to the first of several inclines.

Itchen Bridge isn’t actually that high but is a commanding concrete presence over the Southampton skyline.

Running over and back is thankfully between miles two and three while the legs are still fresh as it is a long rise and fall. 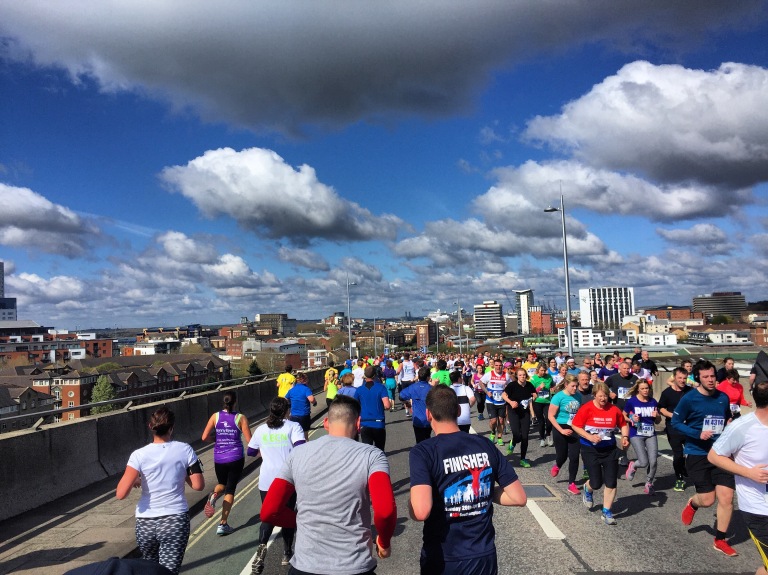 At this point, the friend I was attempting to pace was flying way ahead of our anticipated pace and with the warm sun, runners were already beginning to flag.

This year the route also took in the home of Southampton FC, St Marys Stadium and it was a real pleasure to run alongside the Kingsland Stand while admiring the stadium.

All along the course, the crowds had also grown from last year which meant it felt like only a couple of minutes before we were at Bitterne Triangle and the halfway point where my Dad and Bri were waiting with their dog Maddy.

We snaked alongside the river to Woodmill, picking up water and gels and seeing Paul’s wife and daughter (that sounds so grown up considering I went to school with him!). 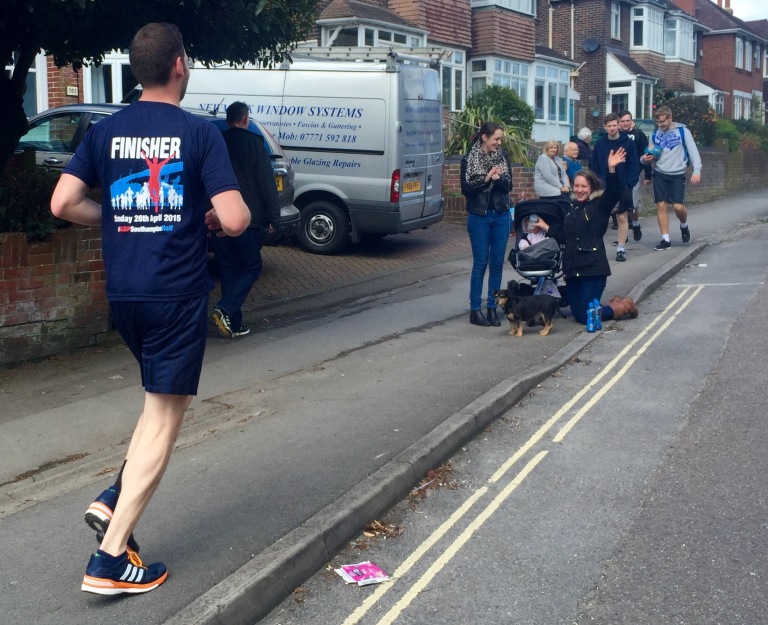 I accidentally shouted at him a little too loudly to keep on running but it was the coach in me knowing that the toughest parts of the race were just around the corner.

Three corners to be exact.

Burgess Road rises a long mile to the University of Southampton and Paul was breathing audibly by the time we reached it. 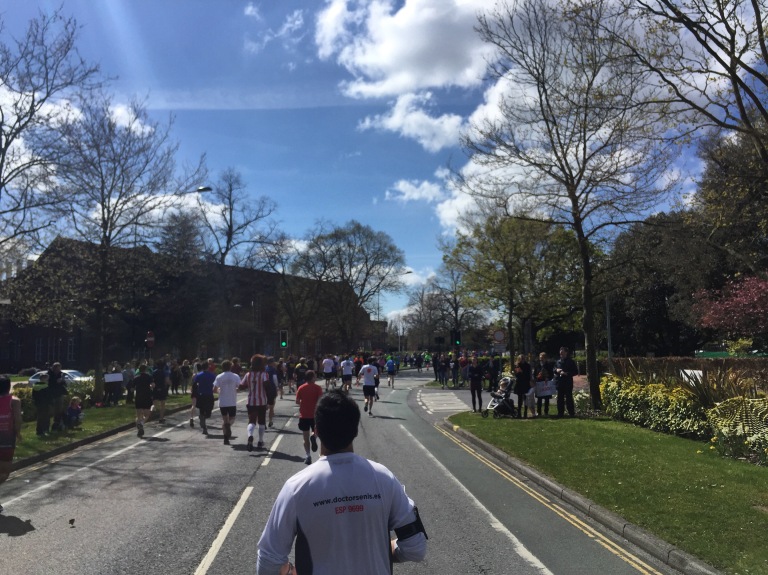 As it topped out, we gathered our breaths and turned towards the highest point of the course.

On the way, we ran past more friends and memorable places from my youth; Highfield Church, the Underpass and onto The Common.

I had some of the best childhood experience on this vast green expanse and it was also where I held my 30th birthday party. 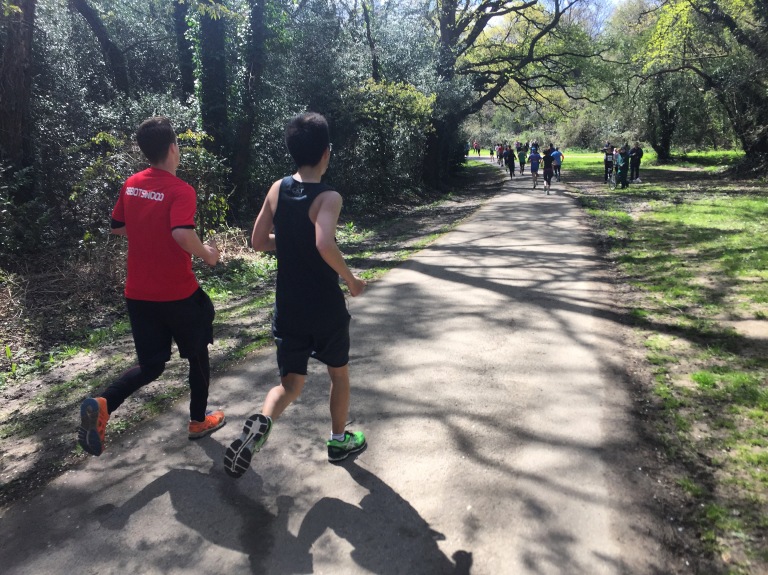 It was also the point where we really appreciated the organisers listening to feedback from last year.

The final stretch had previously wound back through town in a convoluted loop but this year, it was a straight, downhill line to the finish.

Past the duck pond, out on to the Avenue, down London Road and back to where we had all started.

We beat last years’ time by nearly 10 minutes and celebrated with an Erdinger Alkoholfrei which was actually quite tasty. 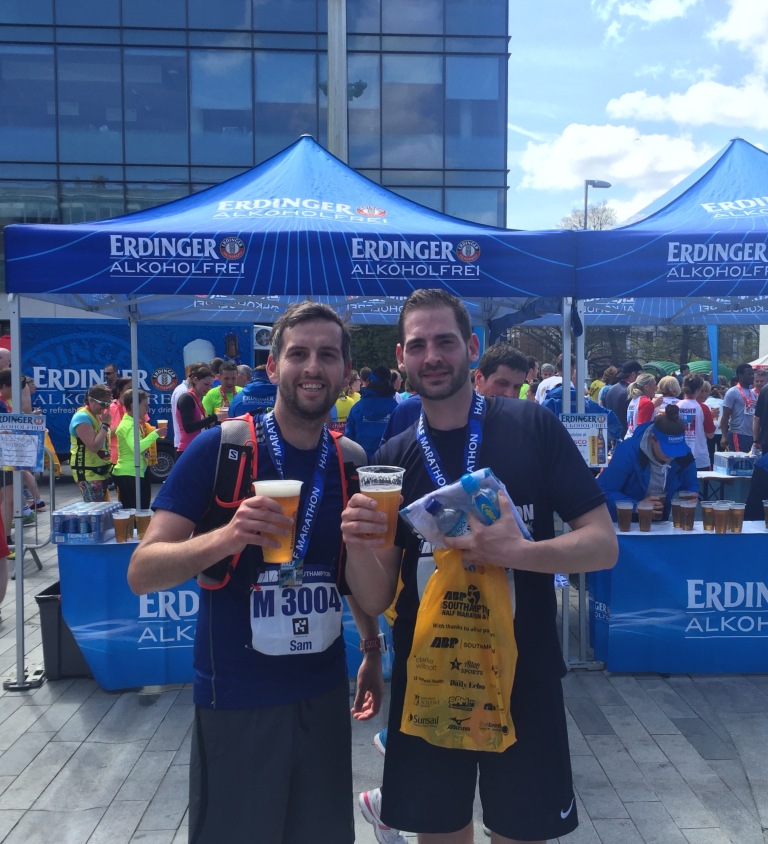 Again it took only seconds to pick up my bag and make my way to lunch.

Sadly, the same could not be said for the taxi ride but you can’t blame the organisers for that.

Thanks to the improvements they made, I loved the event even more this year, despite not seeing Matt Le Tissier.

And if you don’t get into the London marathon (both on the same day), I don’t think you can do much better than racing through my home town.