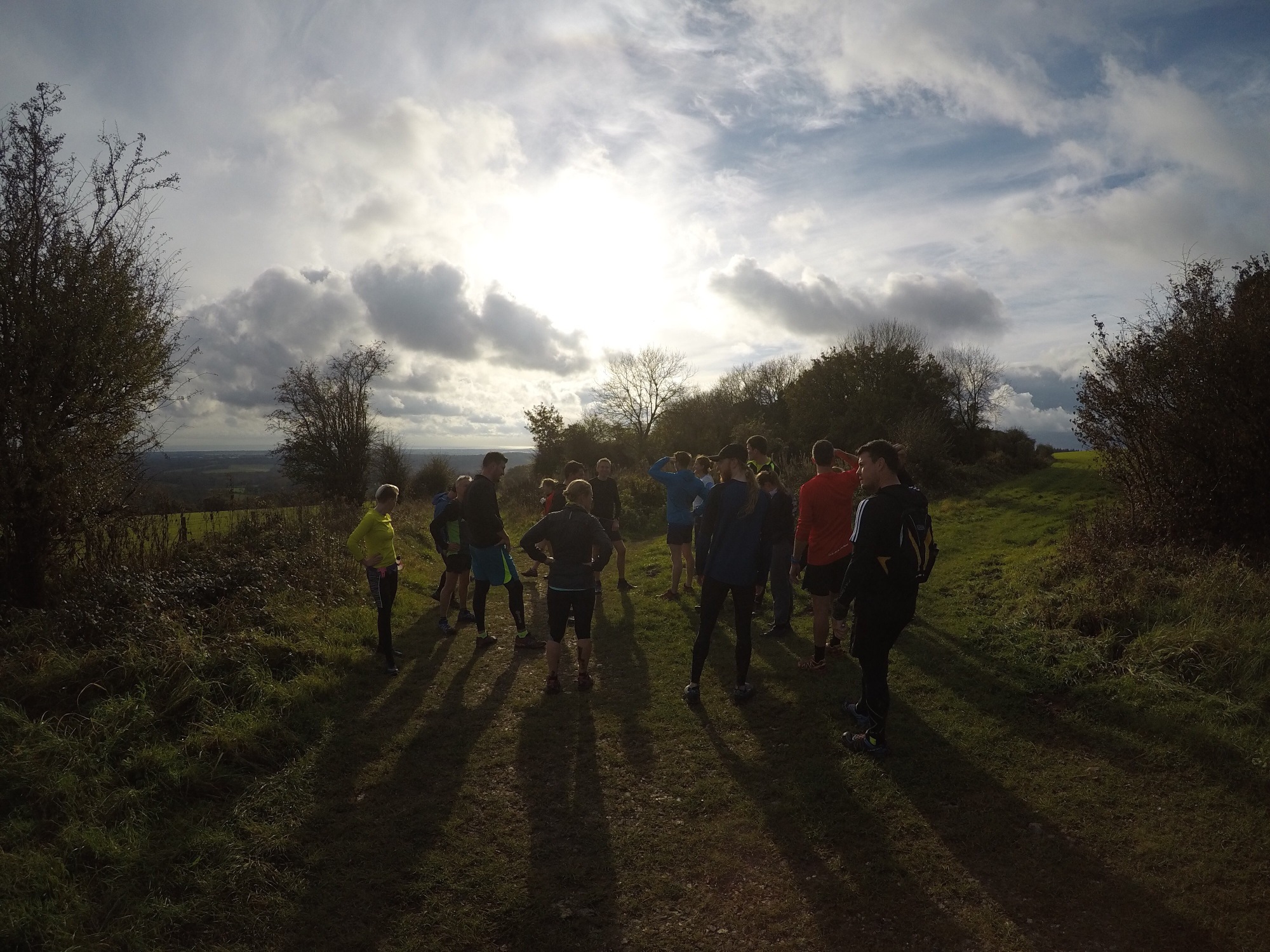 First lesson of how to make other runners jealous: Tell them you’re going trail running with Salomon at the weekend.

In my dreams I would be skipping off into the sunset with Kilian and Emelie but in reality I was pulling into Chichester station before heading to the South Downs for a trail running workshop run by Karibu in conjunction with Salomon.

Our guide Sam had brought a pick-up truck full of shoes and running vests for 30 or so runners to try out around Eartham Woods in Sussex. It had been raining for the last few days so I thought I would give the Salomon Speedcross 4 a try along with the latest iteration of my Salomon hydration vest (reviews at the end of this post). 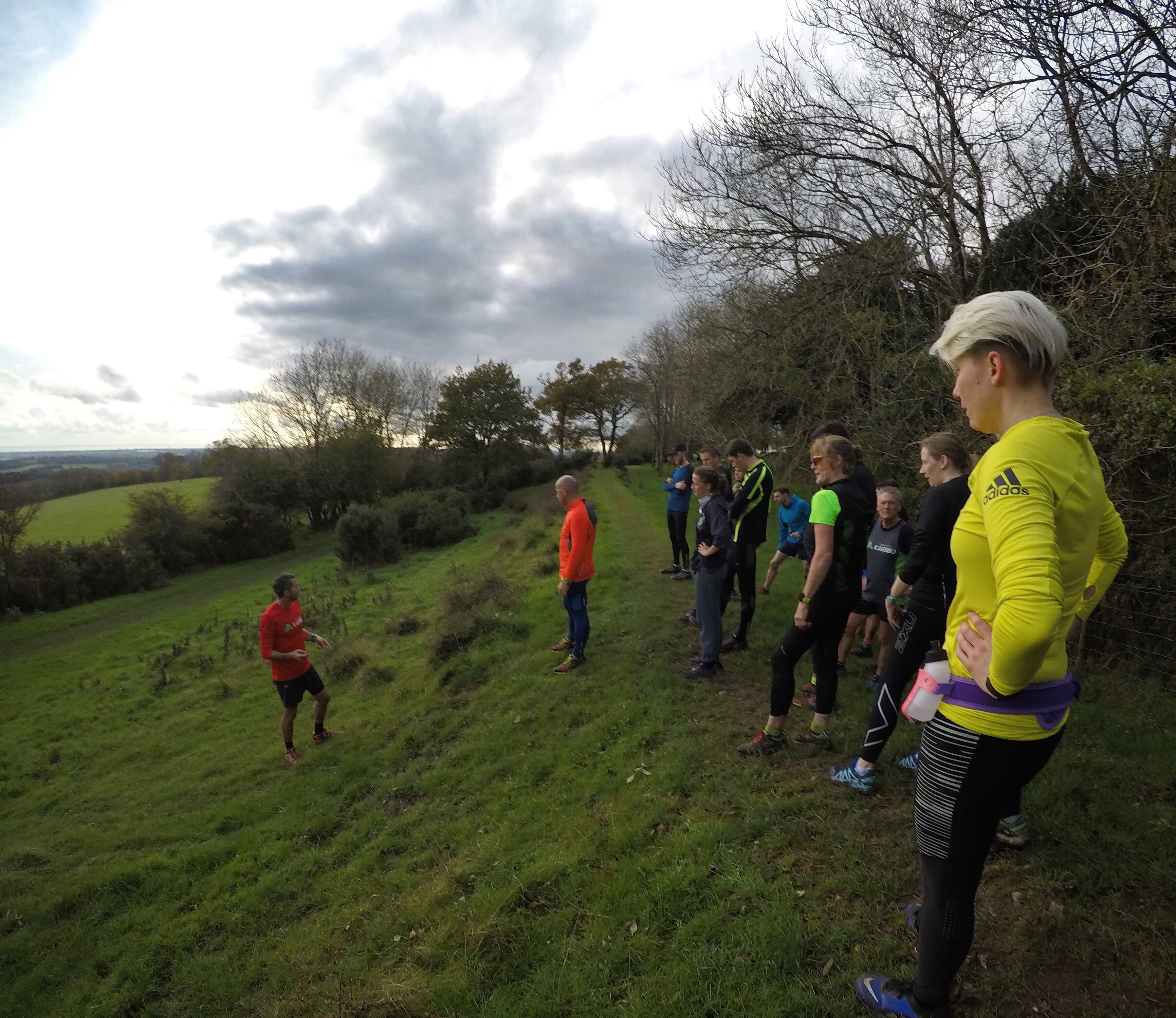 The paths were damp and muddy in places with no massive hills so it was good pace to chat while running and I got to chat with a few different people of varying levels of experience. It also meant that we could all ask Sam for various tips on how to run better on trails. I’ll try and distill some of his wisdom here:

While speeding through a forest, legs blurring below you, all it takes is a tricky tree root to get up close and personal with the floor in the blink of an eye.

These tricky blighters will trip you when you’re fresh or can’t lift your legs properly at the end of the run but also turn to Teflon at the first hint of moisture especially if you are wearing aggressive trail shoes (the ones that shout at the other trail shoes).

The first trick is to look roughly 5 metres ahead of you. If you look down at your feet, you won’t be able to react quickly enough to any obstacles. It seems counter-intuitive not to look at what is directly below you but by the time you reach it, you should already know how you’re going to avoid it.

The second tip is, get up on your forefoot as perfectly illustrated by Sam here: 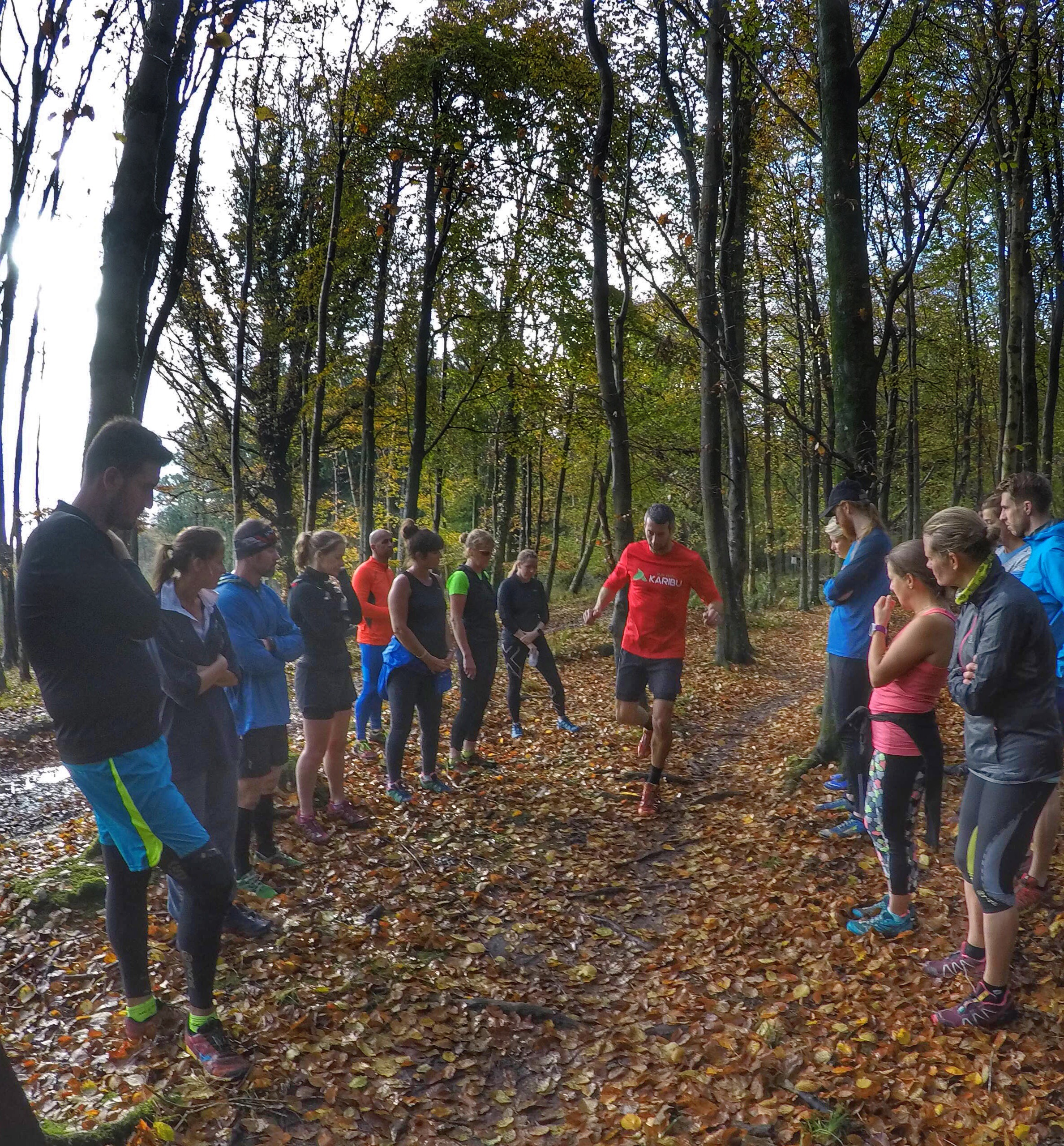 By shifting from landing on your heel or mid foot, you are limiting the contact area with the ground. You are also able to make quick, nimble movements and find solid ground in between the routes. Get your arms out to keep you balance and you’ll be flying through the woods, not into a tree!

Anyone can run downhill can’t they? You…just…run…down…hill.

And to be fair, that’s true. But if you want to do more than one hill, it takes a lot out of your muscles and puts massive strain on your knees. A lot of descents (if we’re getting technical) are harder on the body than the climbs that preceded it. 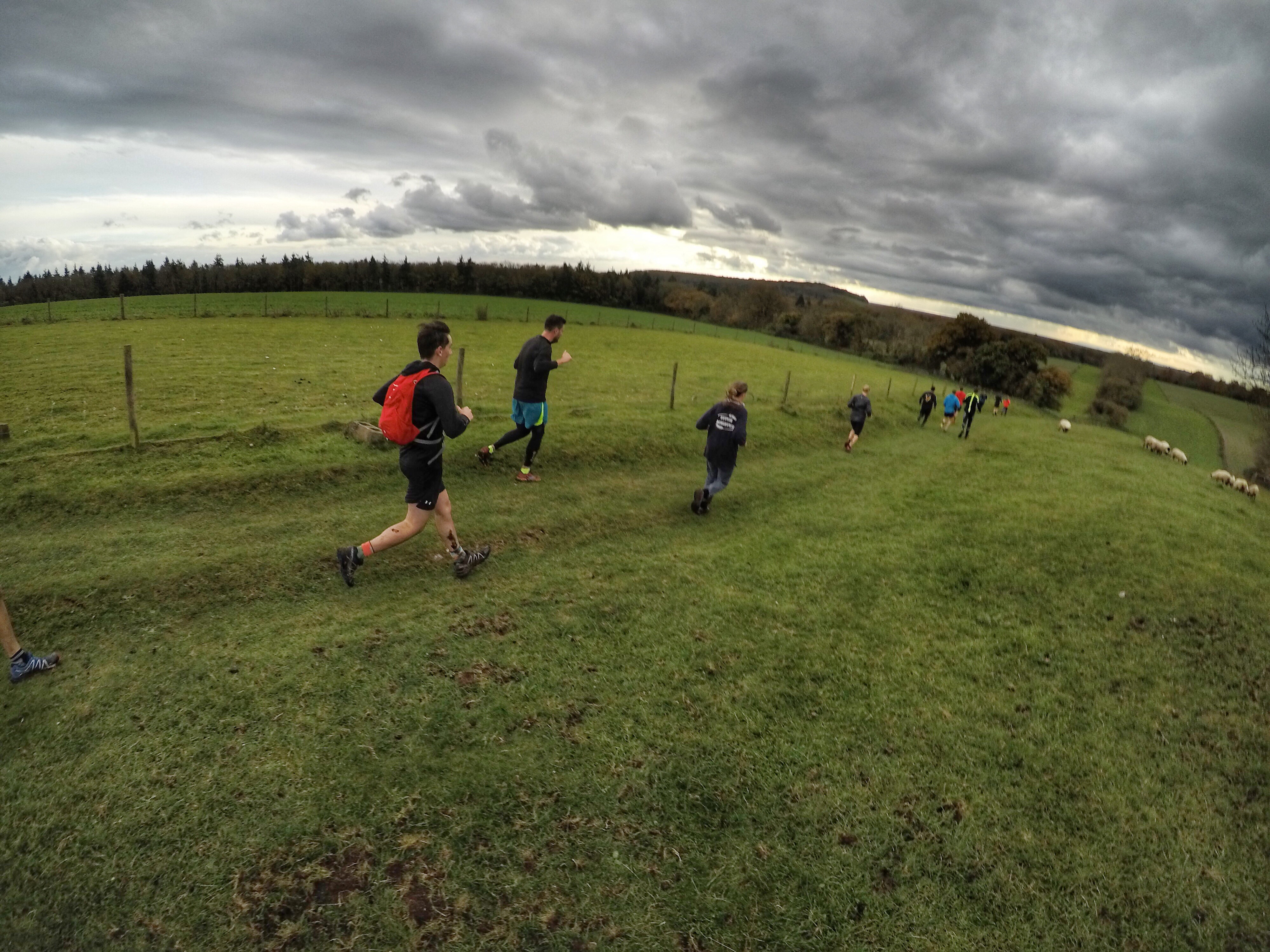 Often the first thing runners do on a downhill is lean back, trying to act like a brake, limiting the speed and giving control. Or at least the idea of control! But why would you want to slow yourself down? Instead, get up on your forefoot again, keeping your legs moving at a natural pace and with your weight leaning forward.

The worst thing that can happen is that you fall over and slide down to the bottom of the hill. But by taking off the brake, you are able keep your speed and momentum with you. And if you are going too fast? Try shuffling your feet to slow down rather jamming your heel down. It felt strange at first but imagine the first few steps you take when you put bowling shoes on and take mini-slides, that’s what you’re aiming for. 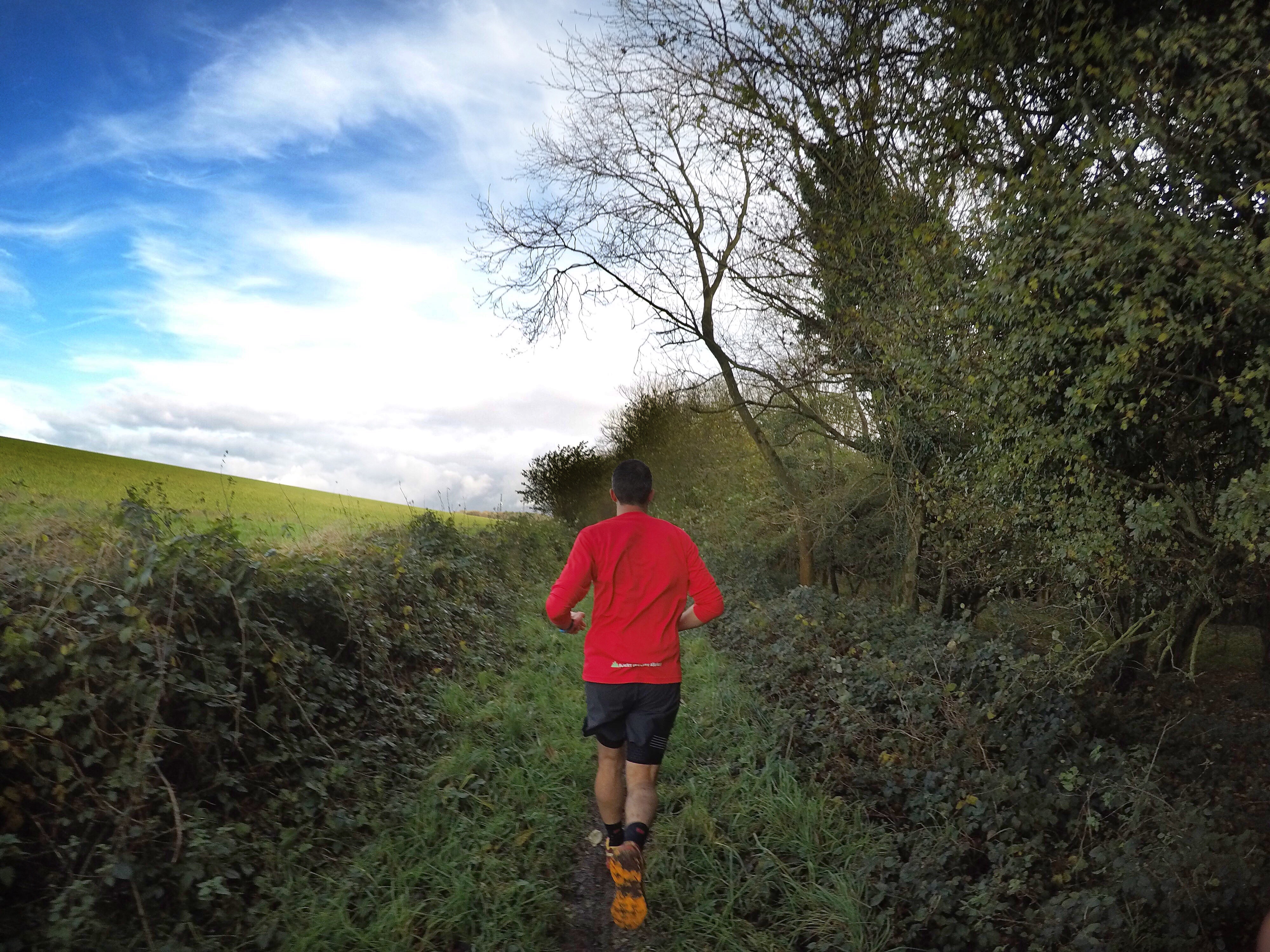 This is an easy one. If it’s really muddy, don’t wear road or minimal grip shoes. And likewise if it’s dry and chalky, don’t put on your cross-country spikes. It’s sometimes hard to guess what the conditions will be like so keep a track of the weather for a few days beforehand. And it is also a legitimate excuse to buy some spangled new shoes, until they get soaked that is! 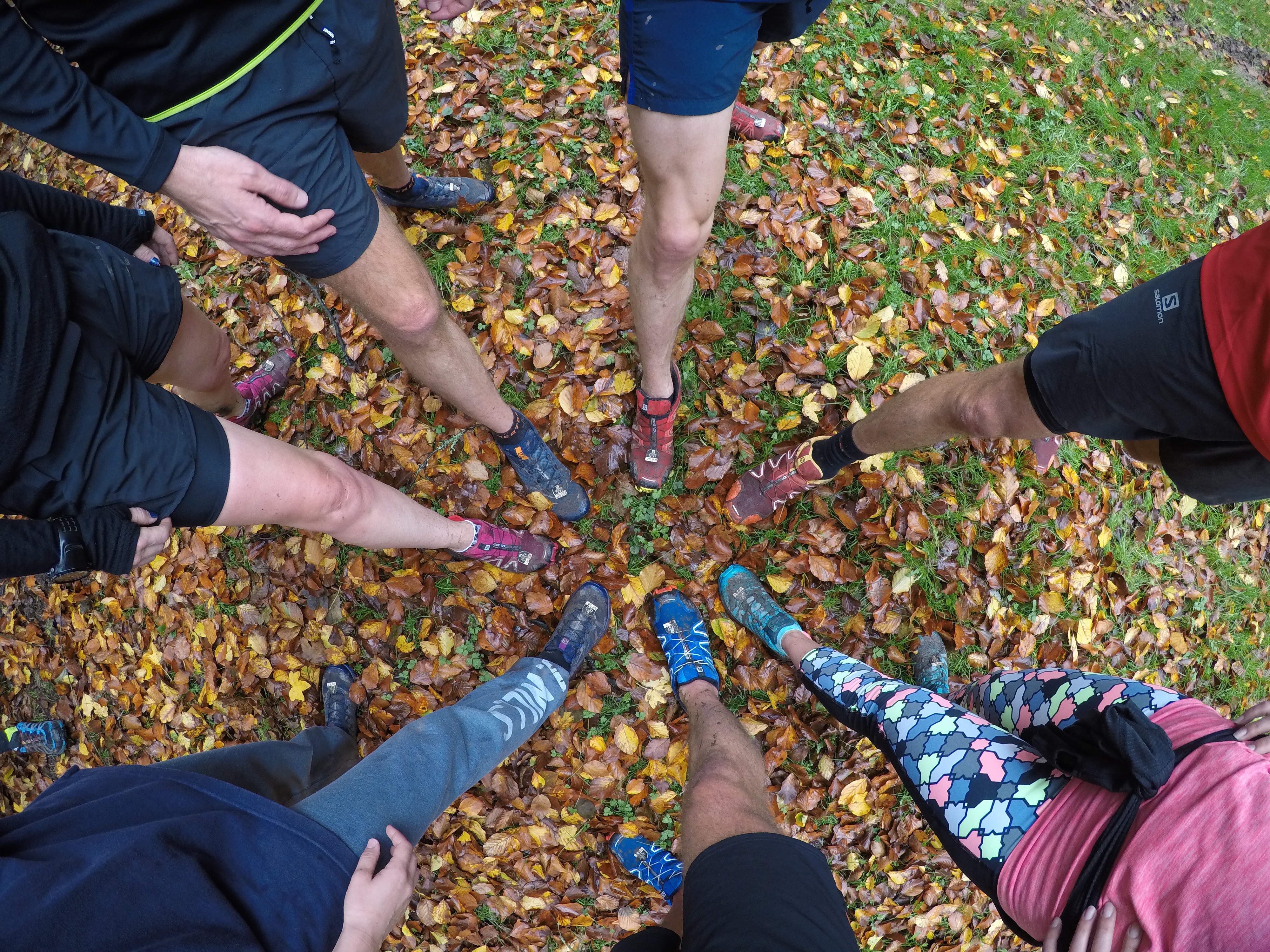 So much of running off-road is about balance, feel and flow. Road running is about making the same movement over and over again. Skipping around trees or jumping over rocks means that you use more muscles than on the road so you need to be a bit more relaxed.

Drop your arms so that your hands brush your hips as you run. Try to be aware of when they creep up as after a while, this will affect your form and cause you to tire quicker.

You’ve made it out of the city and back to nature, enjoy yourself! 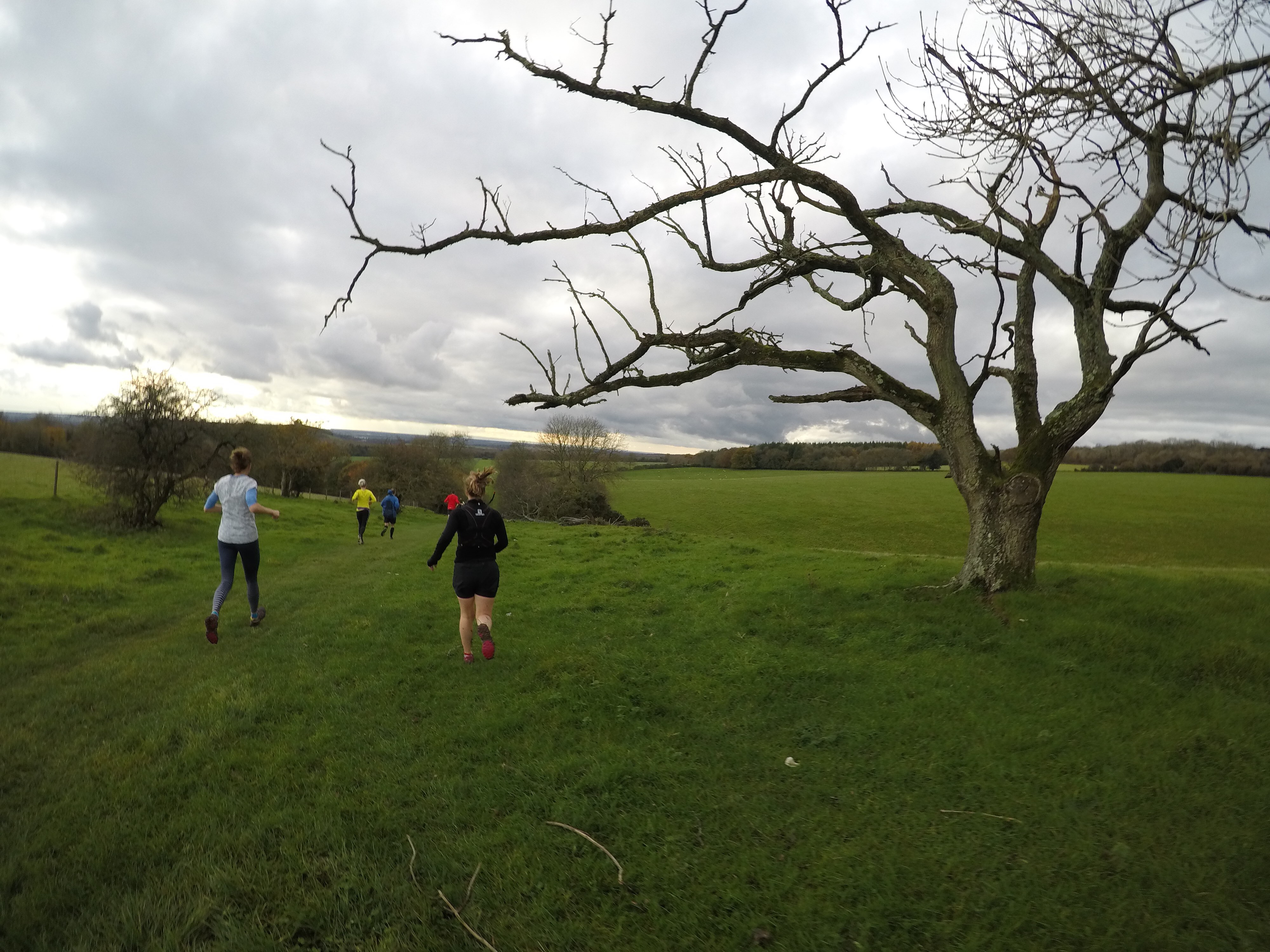 Now for the gear

I’ve tried these on in shops before, lured in by the lurid colours but found them a bit too narrow for my hobbit feet. For the wet, leaf-strewn floors in the woods and the waterlogged paths in the fields, they were absolutely perfect. At the end of 6 miles they were beginning to feel a little tight but I was also told that they stretch a bit so you may see a flashy new pair on the cliffs of Jersey soon! 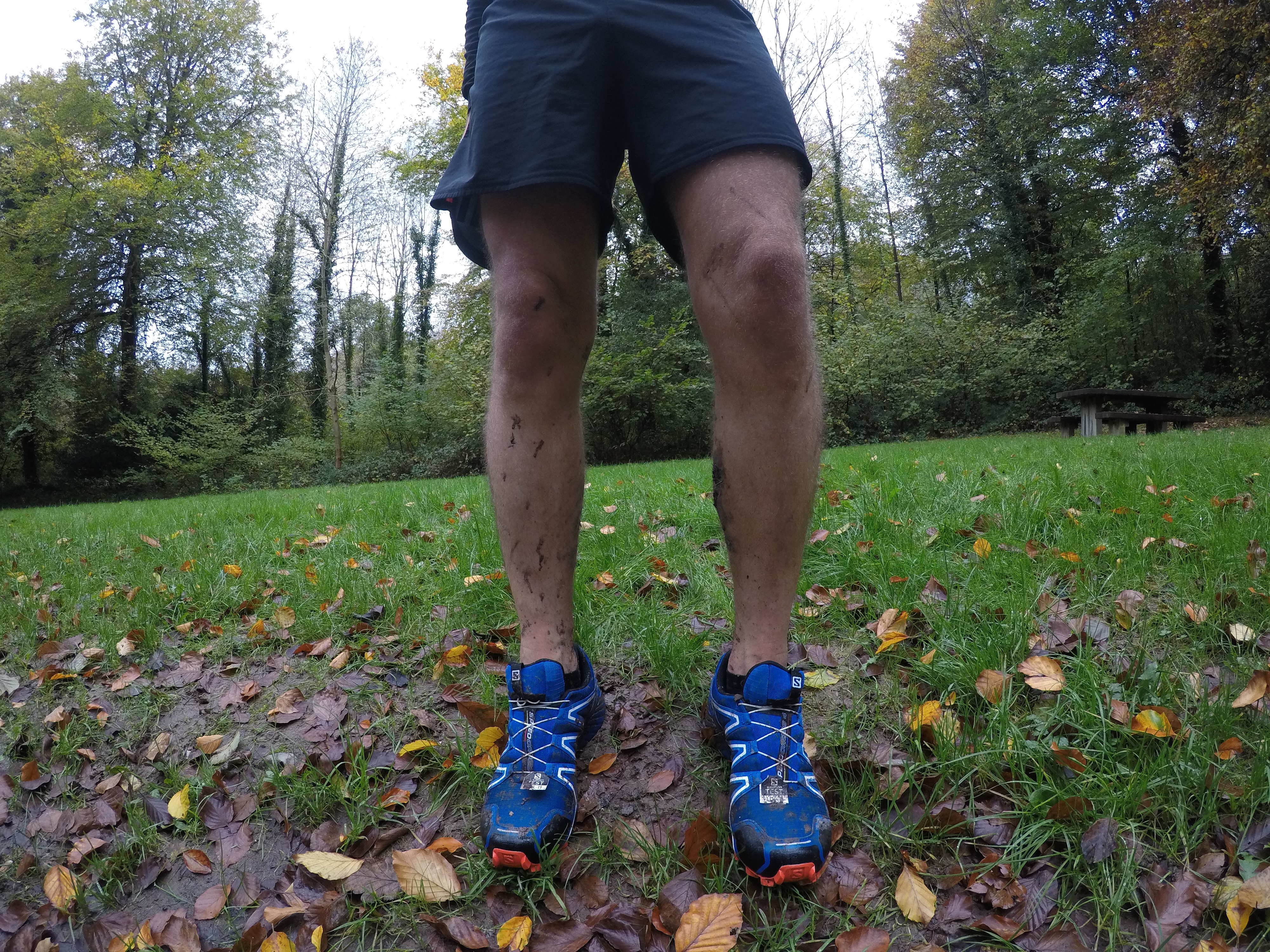 What can I say? I loved it. I’ve its predecessor for over two years and have worn it on nearly every single run I’ve been on in that time. Short runs, long runs, hilly runs, flat runs, marathons, ultras, parkruns and runs to the shops. If you want an idea of what it can fit, the 5 litre version can hold all of the mandatory kit for a Centurion 100 mile race with nearly 3 litres of liquid if needed (I usually just have the soft flasks). Or it can hold three full bottles of Magners and pasta if you happen to end your run at the Co-op. My favourite thing about the new model is the additional storage on the front for little bits and pieces. I’m also going to go for the 12L version this time because for the few quid extra, you might as well get the extra capacity, even if you don’t need it. 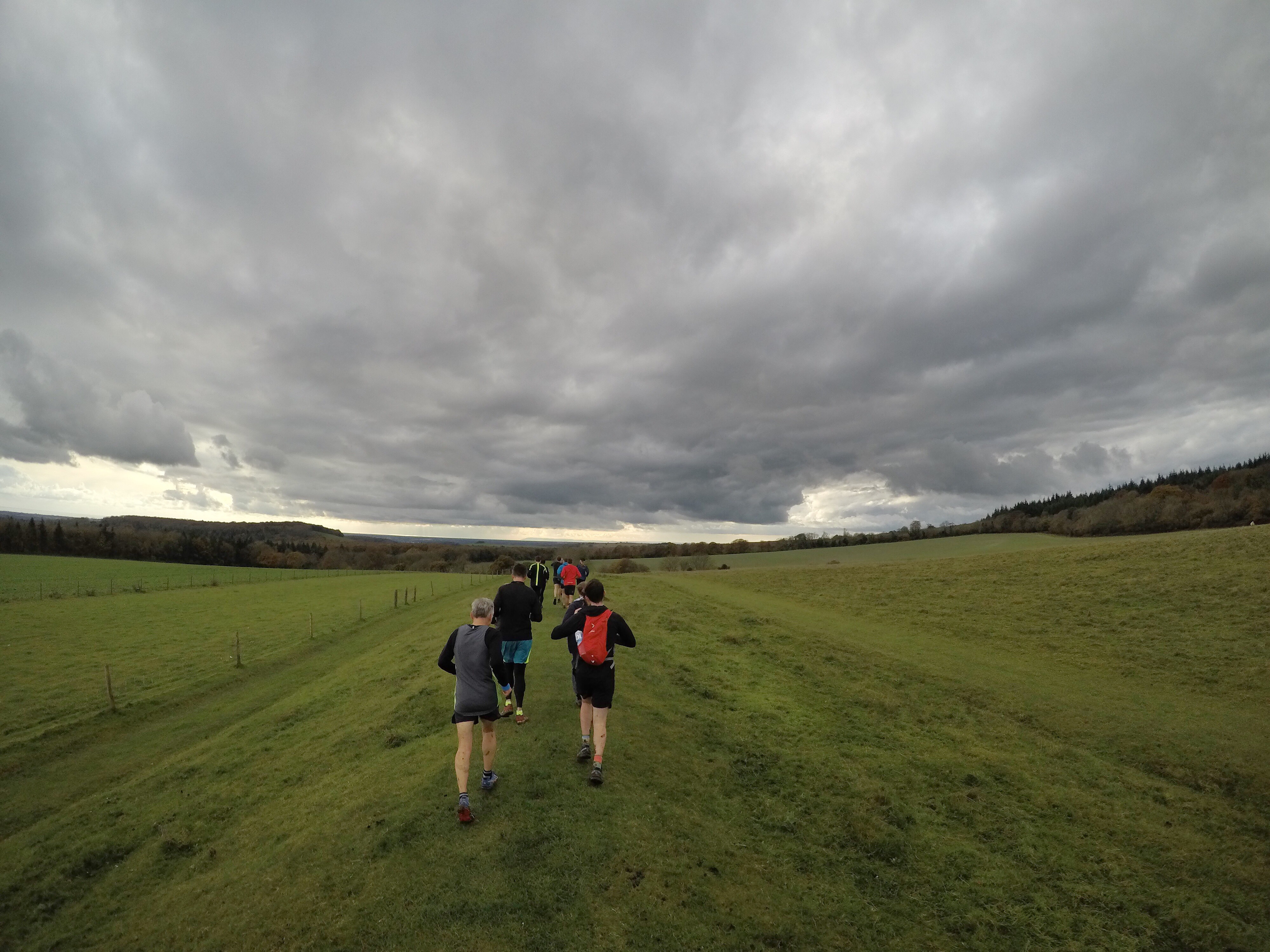