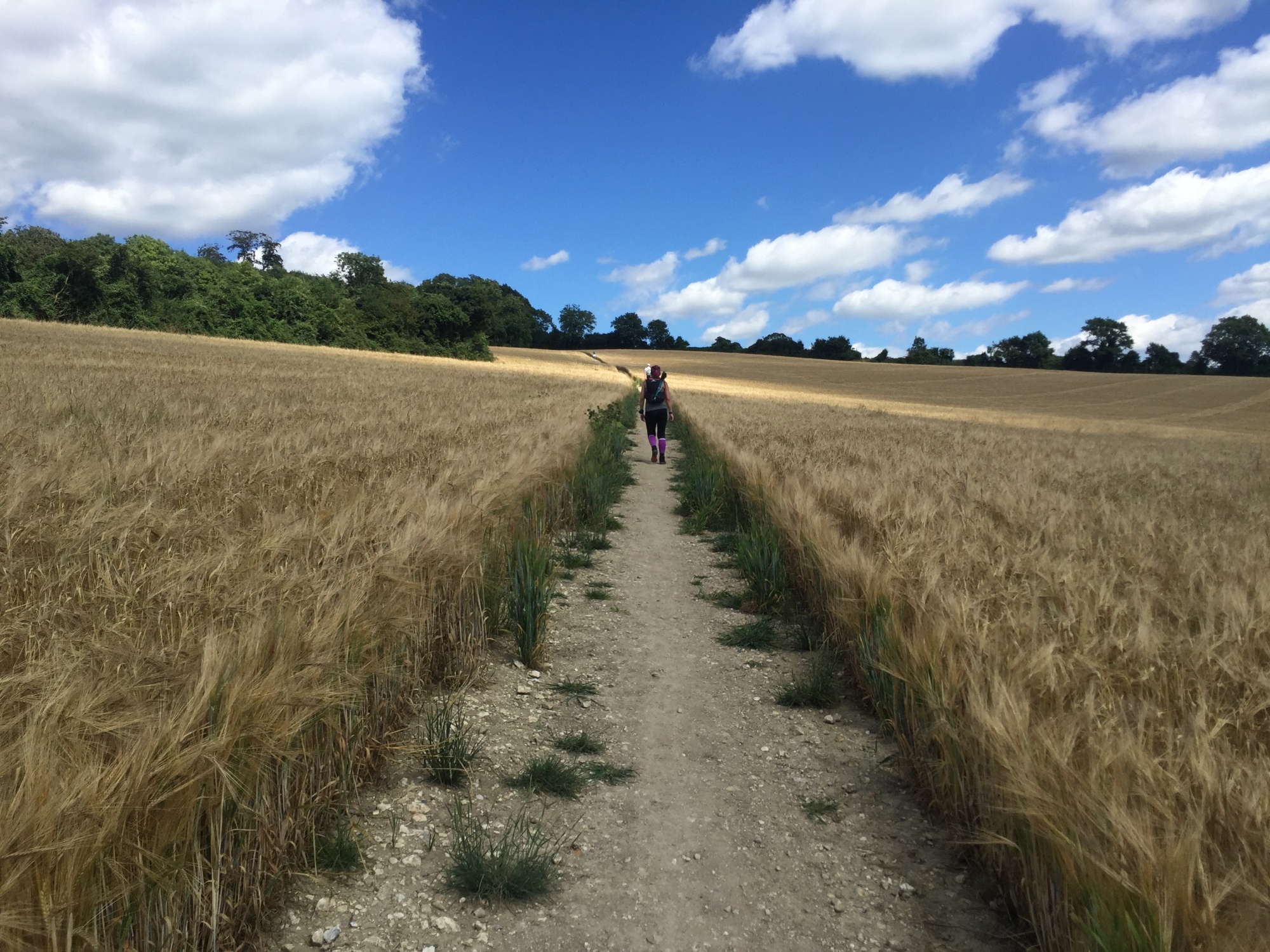 8 things you learn from running 100 miles. You won’t believe number 5! (or you’ve probably just not thought too much about the premise of the article and just clicked because you were bored so have no real expectations with regards to number 5 or any of the other numbers and are just hoping to distract yourself until you have time or are allowed to do something more interesting).

1) It really is quite far

As much as I told myself “100 miles is not that far”, it really is. It’s the kind of distance that you would think twice about driving let alone running through the night.

When you look on a map, it is nearly half the country’s width through two counties. It is 20 mile longer than Hadrian’s wall and over double the length of the Central line. You wouldn’t run from West Ruislip to Epping and back would you? It is a ridiculous concept.

That being said, I’ve already signed up to the South Downs Way 100 next June 🙂

Early on the NDW100, I realised that it would be better to run the race with somebody and come stone dead last (presuming they dipped me on the line) rather than plough a lone furrow and potentially finish further up the field.

The difference between 27th and 34th is not worth the additional pain for me.

Whether it was Andy, Donna, Rui or any of the runners who I passed or passed me, it takes away a lot of the physical and mental burden. A 100 miles shared is definitely 100 miles halved.

3) There is nearly always more

But by the same token, think you have nothing left in the tank and your legs are about to give up? Guess what, they can keep on going.

As I listened to podcast on psychological fatigue (Science of Ultra episode 21), something stuck with me.

The guest gave the analogy of climbing a hill on your bike. Your lungs, heart and legs are burning and your head is telling you to stop. But as soon as you crest the hill, all of that goes away. Almost instantaneously.

So when you’re about to give it all up, just try and make it to the next aid station – maybe there is still more to come.

You could tell from the roar of traffic that we were never far away from a major road while on the NDW.

But when the sun when down and I was plodding through mile after mile of forest enclosed trail with only a couple of headtorches to light the way, I was suddenly aware of just how spooky it would have been alone.

Even without the hallucinations, my mind was all over show conjuring imaginary scenarios that mainly involved axe murderers and bears. Schoolboy campfire stories have a lot to answer for.

I hope it doesn’t come across as arrogant but…I was always going to finish the NDW100.

Of course it’s not even close to true as an almost infinite amount of things could’ve gone wrong ending my race prematurely.

But in my head, there was no way that I wasn’t going to get to Ashford. Every time negative thoughts went through my head, I tried to think of something positive. Sometimes I chanted “you can do it” to the rhythm of my footsteps and when that didn’t work, simply “left foot, right foot”. If that didn’t help I thought about the food and drink at the next aid station or what “celebration” I would do at the finish line.

It’s a 30 hour fight between your body, your mind and the course during which each will win at least one round but you have to keep standing and moving.

Channel your inner Black Knight in Monty Python and the Holy Grail!!

About two weeks before the race, I freaked out that my trusted New Balance shoes were rubbing in all the wrong places. So I bought a new pair of trainers on line – which didn’t fit.

On the day, my little Hulks were fine but the conditions underfoot were very unforgiving and I could’ve done with a much stiffer soleplate or perhaps more cushioning.

Not all shoes are created equal and the loose flint and chalky paths meant that my feet were killing by the end.

It is now a week and half later and they are still hurting! If you’re going to do the same race, invest in some totes appropes footwear*.

Try and read as much as you can from previous blogs or race reports to find out what makes your race different – elevation, terrain, weather, type and frequency of aid stations.

*it is with a heavy heart that I report my NB Leadville 1210s have left to join the giant trail race in the sky. I’ll always remember our time together and they had a good innings but…they were in a bad way at the end. RIP Green Monsters. 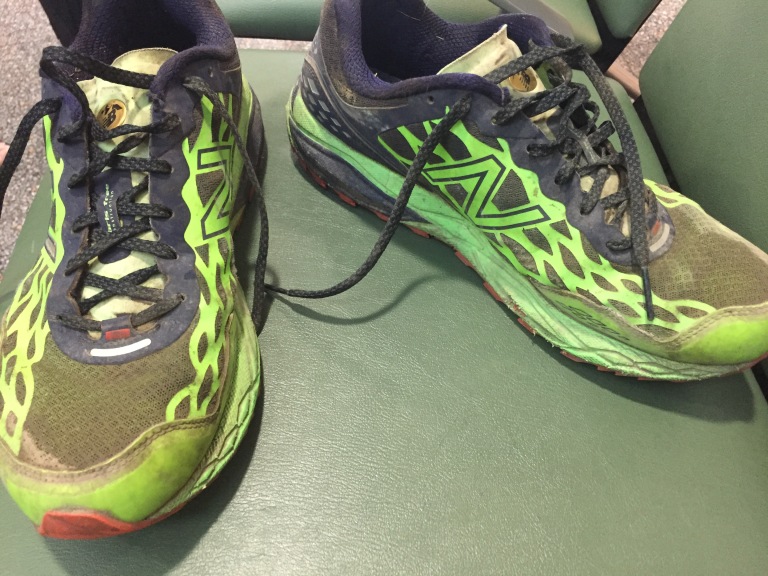 With less than 24 hours to go until the start, I was in central London buying nearly £60 worth of energy food and drink.

These included 12 Clif bars – one per hour for the first half of the race but I was already fed up of them about three hours in and instead set about eating and drinking all the things my mum steered me clear of as a child – cheese sandwiches on white bread, biscuits, cakes, sweets, crisps all washed down with pepsi.

I must’ve drunk at least one cup at each aid station which adds up to over a litre? It was this “terrible” fuel that got me through so…you do the math.

On Facebook I am currently a member of four, maybe five, ultrarunning communities of various seriousness.

Both mediums provide a wealth of knowledge on nearly all aspects of running long distance.

But I’ve found that the most useful source of information is listening to the runners around you during the race.

There is always someone better prepared than you so why not use that goldmine to find out which bits are going to be good and bad.

I’d overheard someone say that the steps at Detling were a killer but the final big obstacle so I knew, if I got that far, I would make it.

And for the record, the Detling steps were horrific. In their repetitiveness, steepness, surrounding nettles and brambles and mainly just the fact that I had run over 3 marathons and not slept in 24 hours!

One thought on “Lessons from running 100 miles”